Star Wars Episode VII was marketed as a continuation of the Star Wars saga. The realization that this film was not truly a sequel, but rather a 2015 remake, has inspired reactions from fans ranging from unbridled joy to seething rage. With nearly every plot point of The Force Awakens taken faithfully from the original 1977 film, there is no doubt that the goal of this movie was to re-create the original story, rather than continue it, with the high-profile returning cast mainly used to inspire nostalgia and draw adult fans of the original trilogy back to the theatres. So the question becomes, with a rich expanded universe of content from which to draw, why did Abrams decide to simply make a reboot instead of a true sequel? And what might this mean for the future of the franchise?

It is easy to assume the reboot is nothing more than the result of creative cowardice. After all, the Star Wars universe means so much to so many people, the pressure to create something “worthy” of our adoration must be astronomical. The decision to repeat what has already been successful rather than take risks and tell new stories (which did not entirely pay off for Lucas’ prequel trilogy), is the safe (and likely more profitable) route. However, fans of the original trilogy feeling cheated out of new and original story may be missing a larger point: This movie was not made for us.

Star Wars is and always has been a franchise for children. Adult fans today likely encountered the original trilogy in their youth. It’s the franchise’s ability to play perfectly to our childish sense of adventure and wonder that set Star Wars so firmly in our hearts, young and old alike. But despite the large adult audience, the real target of the Star Wars films is children. Children today love Star Wars. They play with Star Wars toys, they read Star Wars books, they watch Star Wars cartoons, and the names of Luke Skywalker, Yoda, Darth Vader, Princess Leia and Han Solo are as well-known to children as Spongebob Squarepants, even though the majority of today’s kids have never seen the 1977 film. The Force Awakens provides an entry point for today’s youth that mirrors almost exactly the successful introduction to the Star Wars universe that captured the imaginations of so many back in 1977. This reboot is not intended to satisfy the existing audience, but rather to hook a new one (and, yes, a more profitable one long-term). 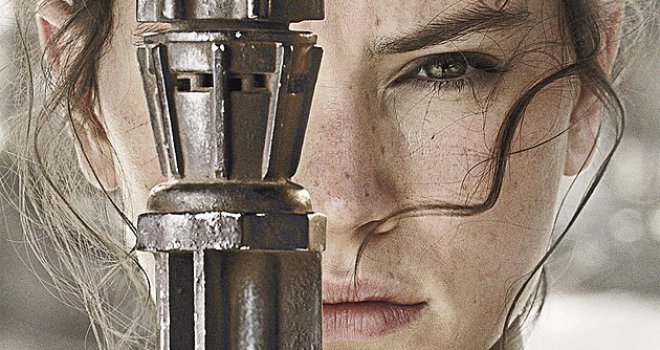 Although the plot of The Force Awakens is nearly identical to that of A New Hope, there are some changes that will make the Star Wars experience subtly different for the next generation of viewers. The new characters, Rey and Poe, are relatable heroes and worthy replacements for their 1977 counterparts (the young Luke Skywalker and Princess Leia, respectively). Kylo Ren functions as an effective Millennial Darth Vader, both in cruelty and potential for redemption. But perhaps the most compelling new addition to the Star Wars universe is the Stormtrooper defector Finn, (a truly new addition, as the only major character in the film without a 1977 counterpart), not only for his innate goodness, but for what his story could mean. 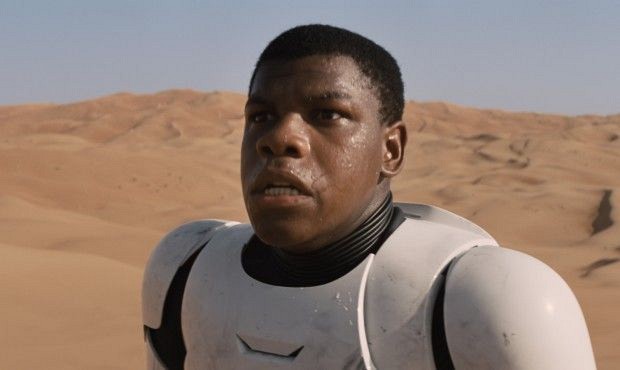 In the prequels, Stormtroopers were clones, non-persons grown in a lab to serve the Empire. In the original trilogy, Stormtroopers were presented as enemy combatants. They were the willing soldiers of the Empire, believers in their ideals, actively working to oppress and destroy our heroes. This made them “bad guys,” and when they were shot, blown up, thrown from their vehicles, crushed, and otherwise killed, we the audience had the luxury of knowing that their demise was a comforting blend of justified self-defense and victory for the good guys. However, Finn’s introduction proves that the Stormtroopers in The Force Awakens are not an army of “bad guys.” They are an army made up of innocent people, abducted and brainwashed into serving the First Order, whom they would likely consider their enemy were they able to think for themselves. Finn shows us that that brainwashing can be resisted, the programming broken. And, most importantly, he proves that the Stormtroopers are victims of the First Order, not willing supporters. The film does not take the time to answer the intriguing questions of how Finn was able to reject his programming, and whether it might be possible for other Stormtroopers as well. (After all, if the First Order’s control of their Stormtroopers could be disrupted and their army of highly-trained fighters turned against them, their power would be crippled far more effectively than it would by simply destroying some key weapons. And from a narrative perspective, how can we really care about the redemption of Kylo Ren (who is making choices of his own free will) when each individual Stormtrooper has an even more compelling potential for salvation?) While these questions will likely be explored in future films, the issues they raise needed at least some small acknowledgement right away. But the story’s strict adherence to the plot of the original movie prevents it from addressing these issues. Instead, the film somewhat uncomfortably continues treating the Stormtroopers as cannon fodder. It is no longer enjoyable watching our heroes blow up and blast away the Stormtroopers that pursue them. Now that we know our heroes are not vanquishing an enemy but rather killing their own allies out of necessity, these deaths are not victories but tragedies. The fact that our “good guys” know Finn’s story means, maddeningly, that they are aware of this. Even Rey, using a blaster to take out a Stormtrooper for the first time, looks inexplicably pleased with herself. What message is this sending to the new generation of viewers entering the Star Wars movie universe for the first time? Are our children’s new heroes the type who will unflinchingly kill innocent people for the crime of being an obstacle to their goals? What does this tell us about the morality of modern warfare?

While this movie will certainly succeed at boosting our cultural adoration of Star Wars through future generations of moviegoers, it is not quite a straightforward remake of the original film. It has opened new doors in the Star Wars universe that could be rewarding and fascinating if properly explored. However, the reboot so far seems unwilling to take risks on new approaches, conforming to the original story even when to do so is unsatisfying and even alarming. Perhaps Star Wars is just a kids’ movie and we should all relax and laugh it off. Even so, it is a franchise with a massive influence on our society’s views of right and wrong, heroism and villainy, with potential, much like users of The Force, to use that power for good or evil. The easy path is the one to the Dark Side. Moving forward, it will take courage, and a willful rejection of Hollywood’s characteristic greed and corruption, to deliver something truly valuable and extraordinary.